History of the Walker Center 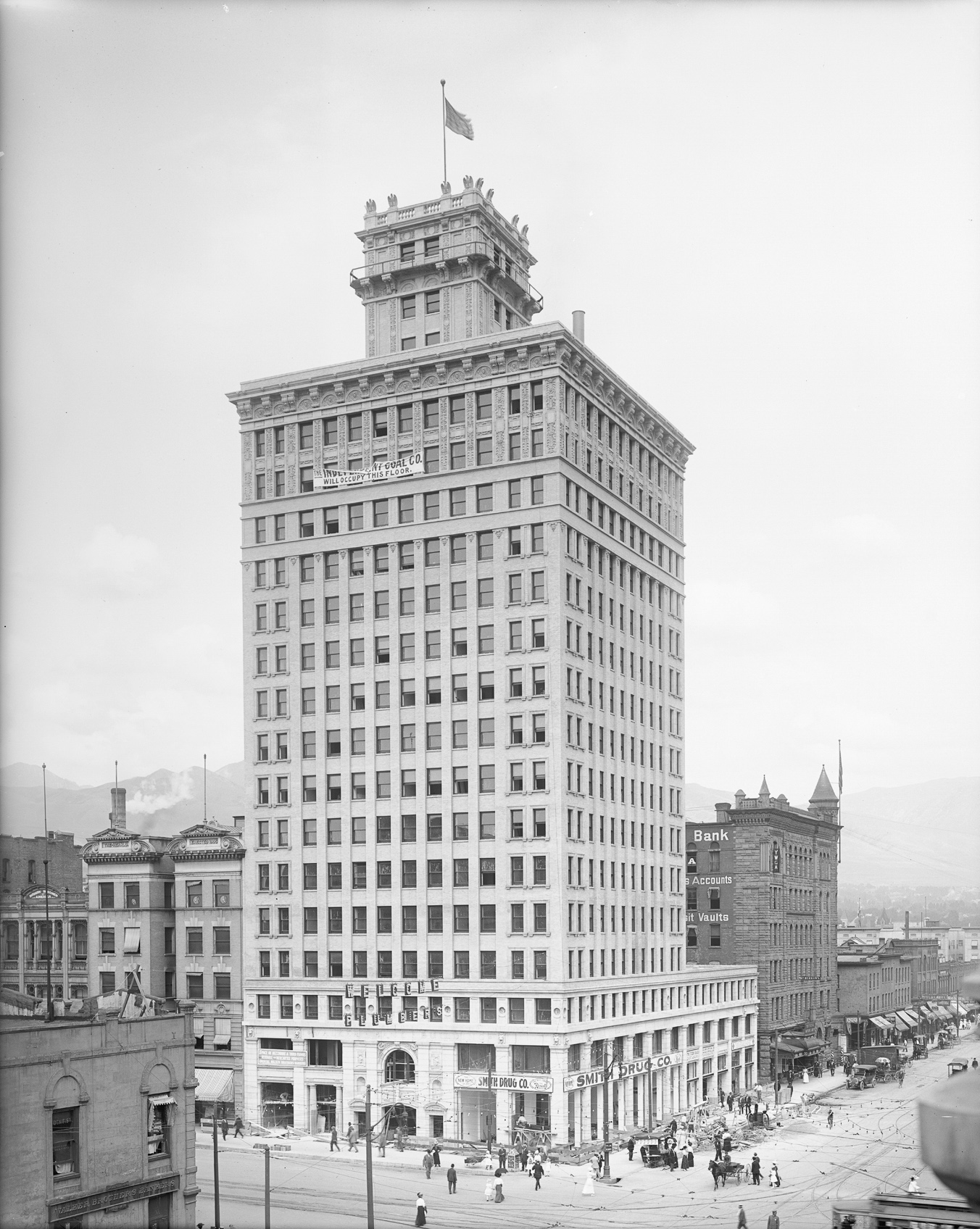 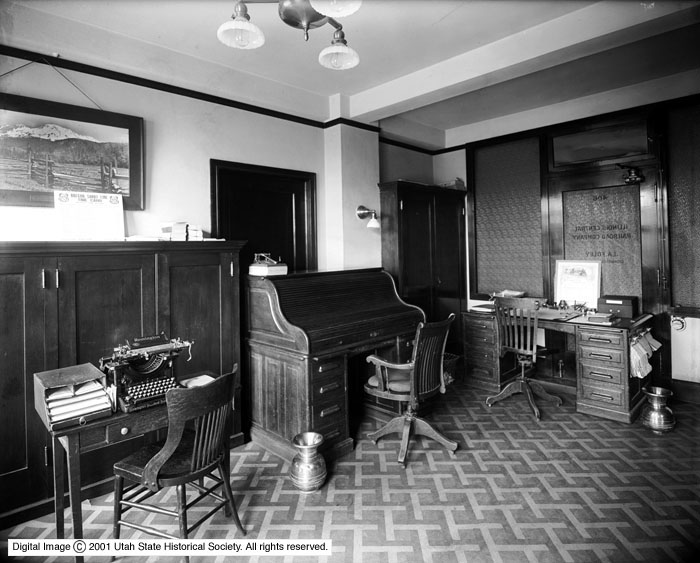 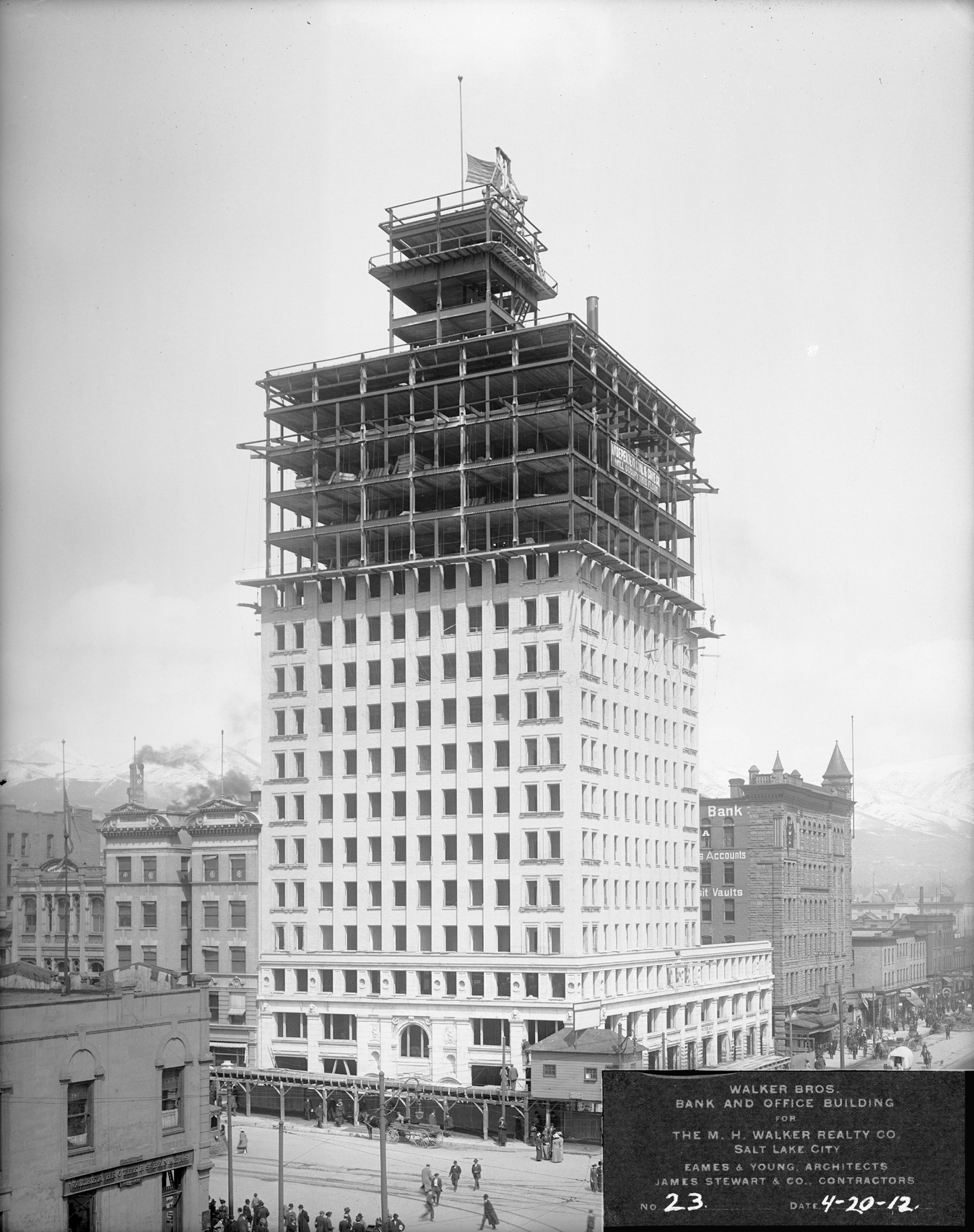 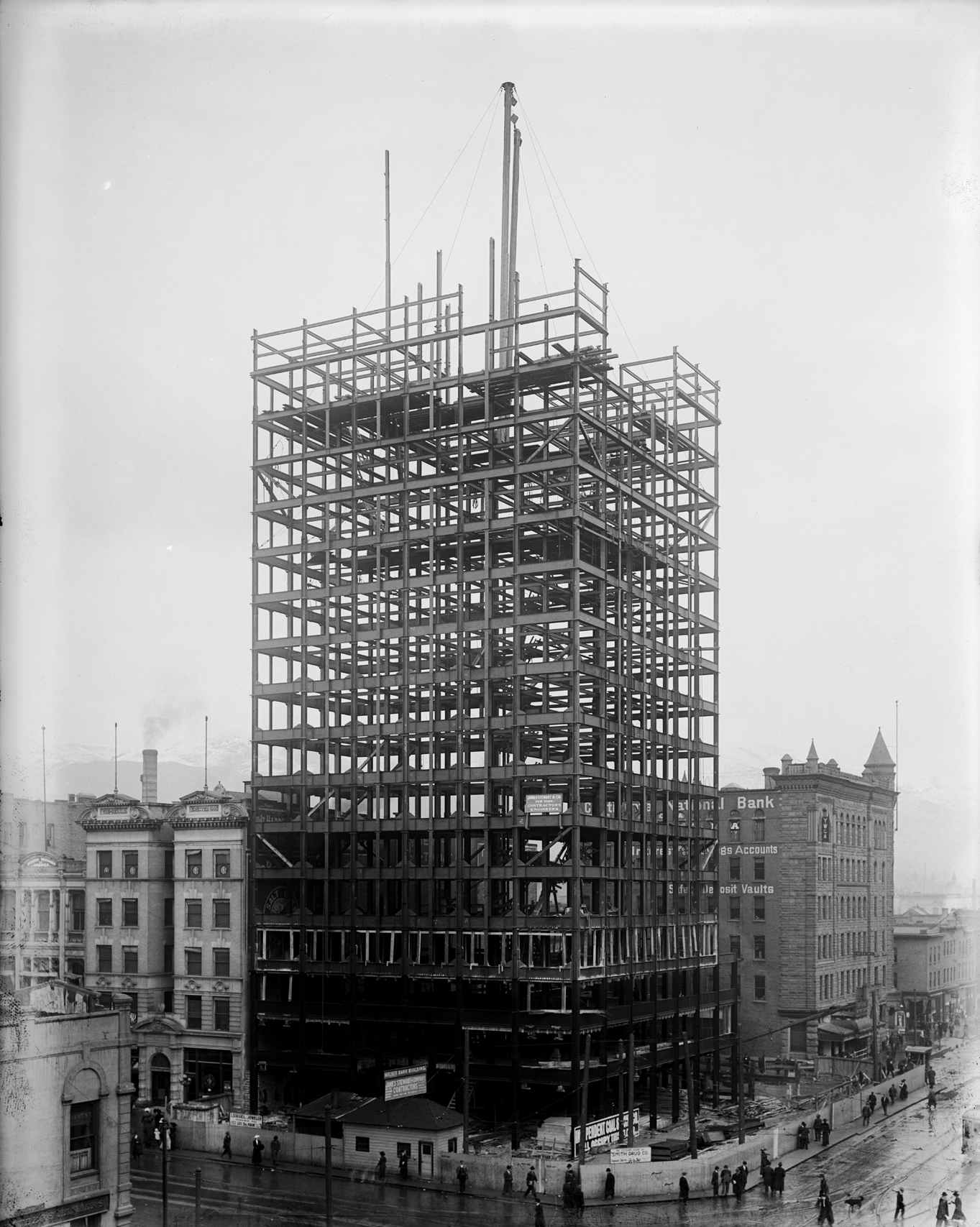 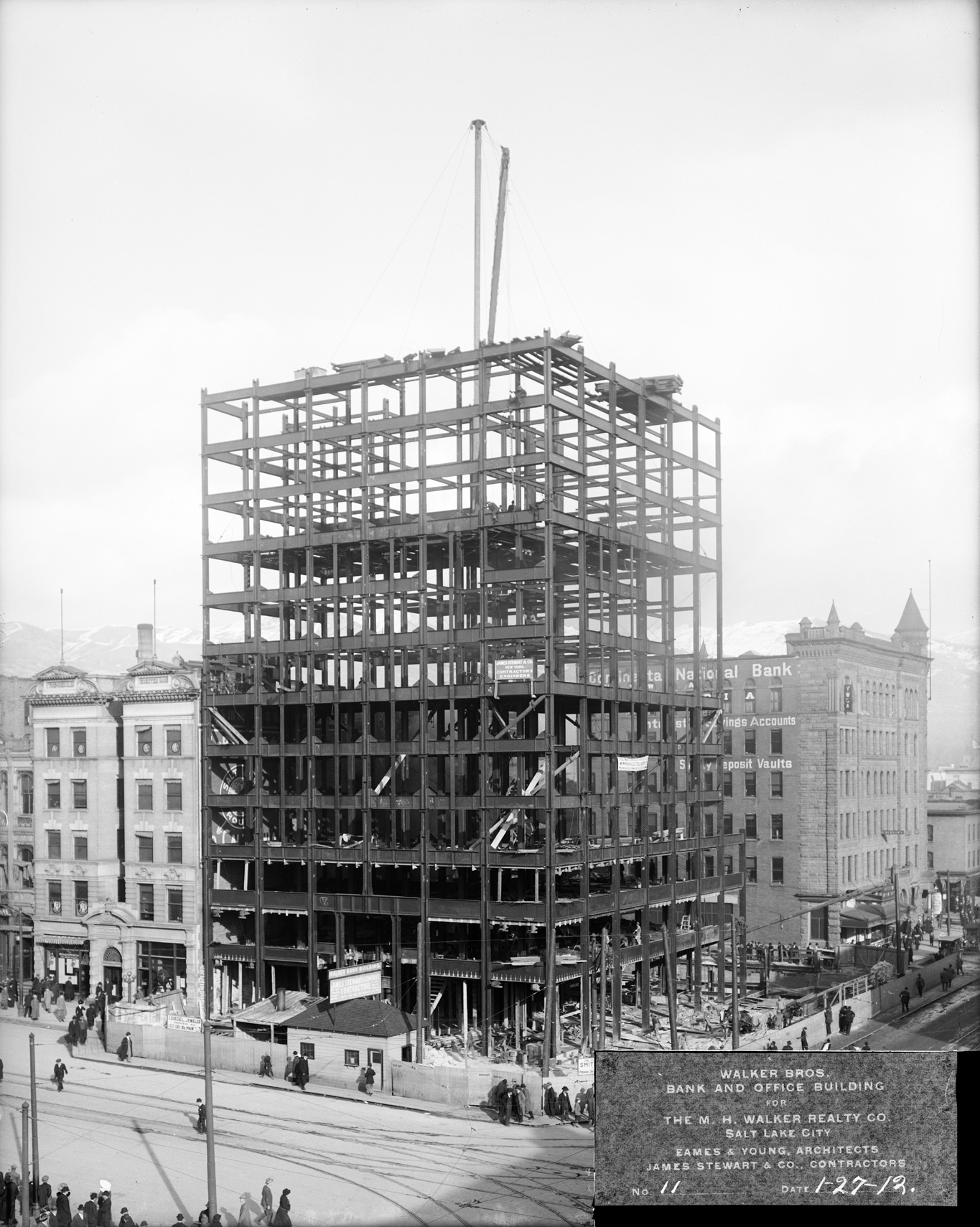 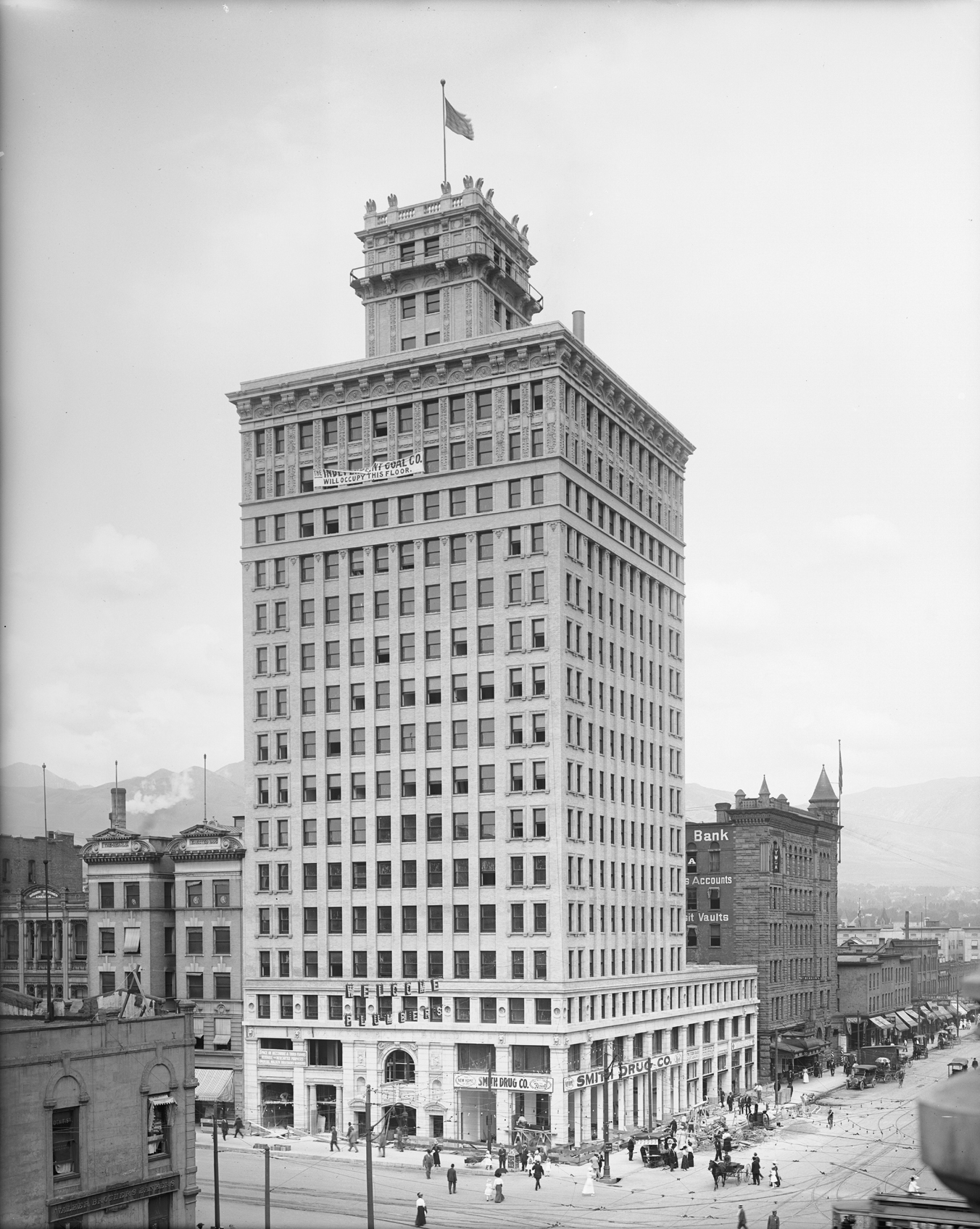 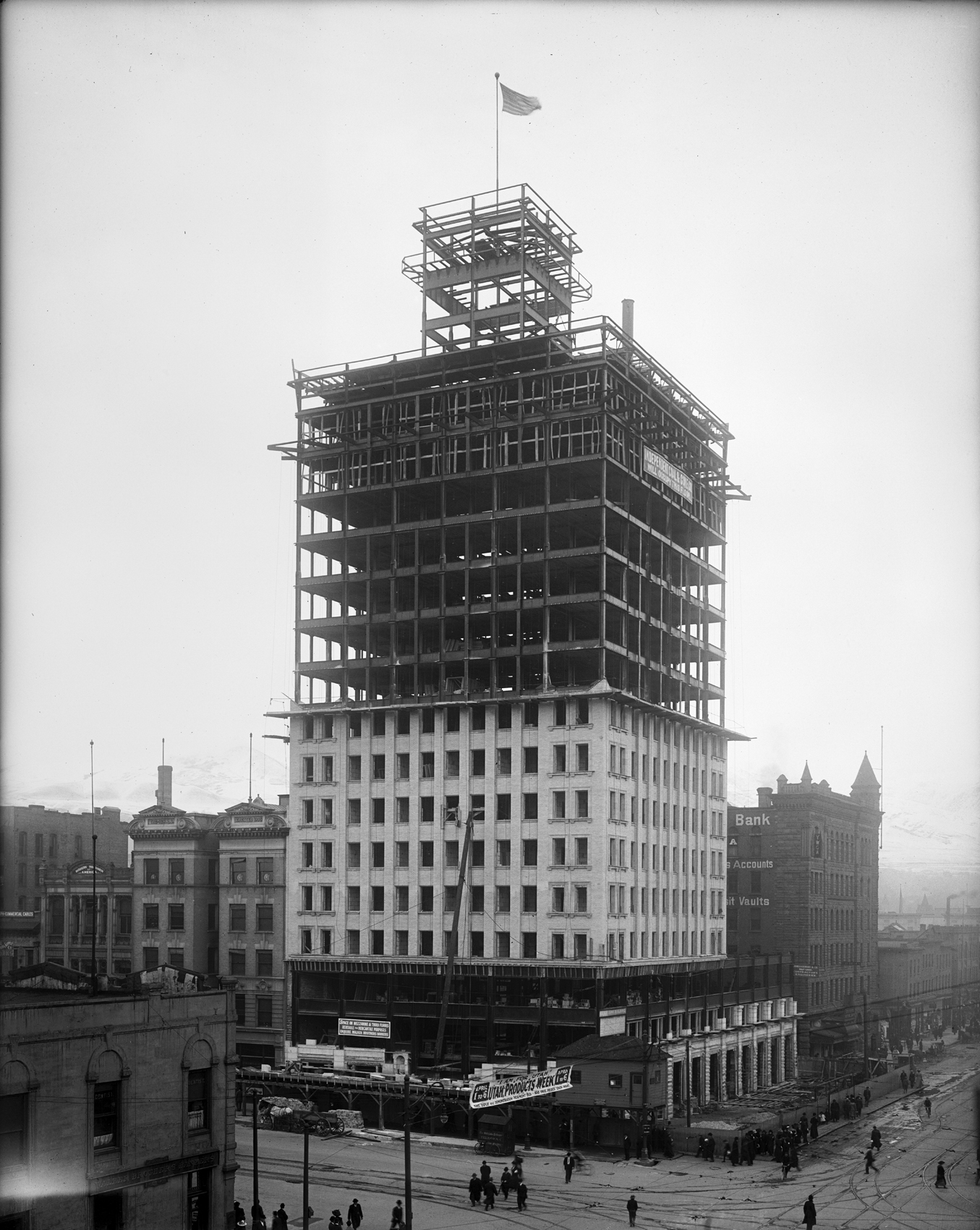 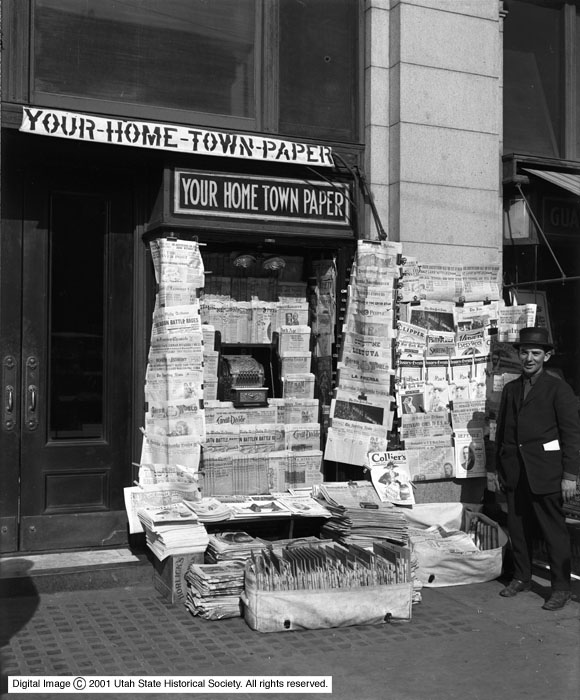 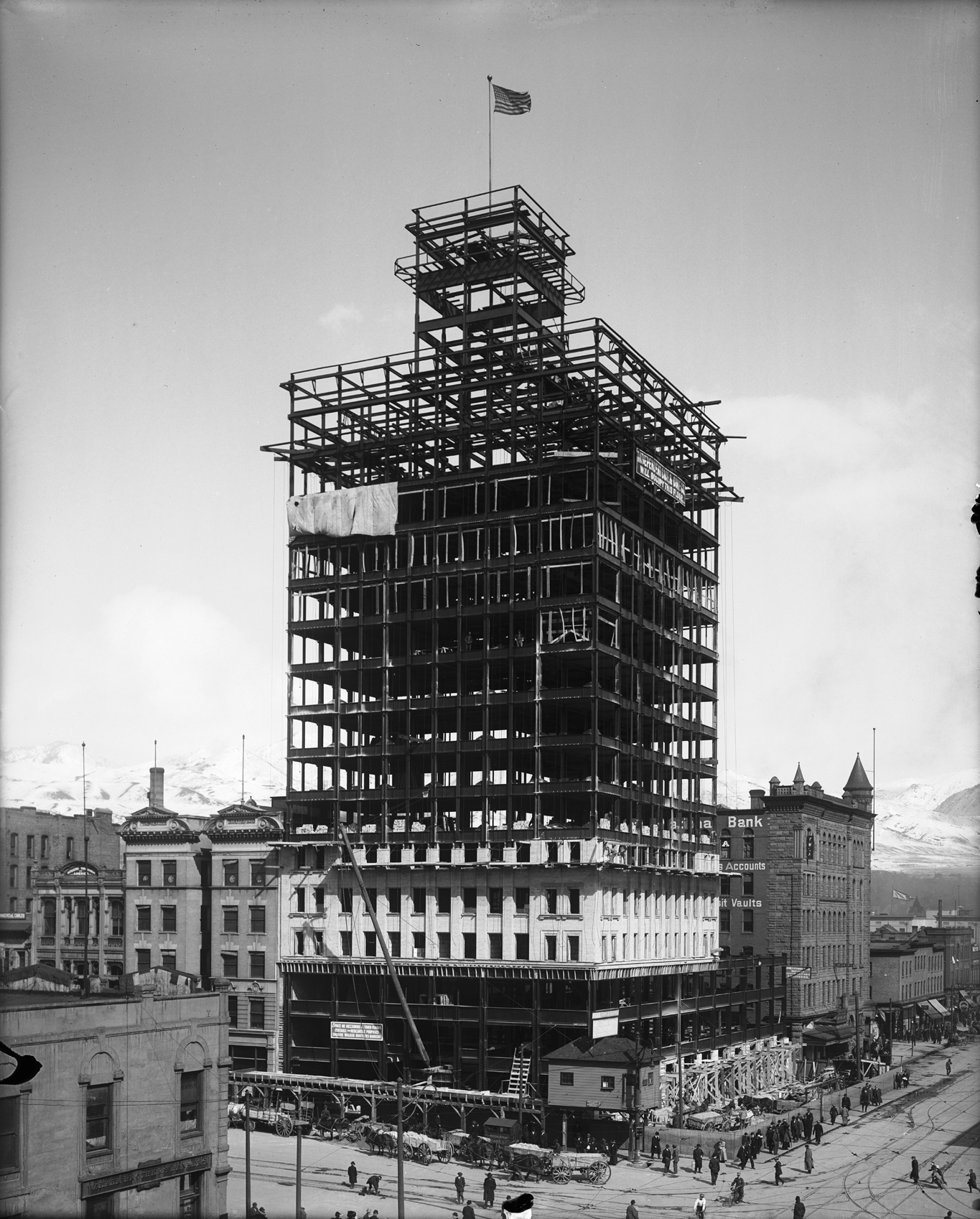 The third floor of the Walker Center in Salt Lake City is headquarters to CRSA, an architecture, planning, interiors, and landscape design firm.  CRSA was founded in 1975 to provide design services for historic and existing buildings.  The firm has been housed in a number of historic structures during its 45-year history.  In early 2020, CRSA moved to this landmark, showcasing its preservation, new office design, and green/sustainable design capabilities.  Though over 100 years old, this beauty has proven she can adapt to the American office worker’s ever-changing modes of operation.

The Walker Building is named for the Walker Brothers, who erected it to house the Walker Bank.  During the Mid-19th Century, banking was tied to retail and merchandise businesses, and the Walkers had a well-established dry goods business.  The Walkers began this mercantile commerce in 1859 at Camp Floyd, 50 miles southwest of Salt Lake City.  It was common during this period for merchandising businesses to perform banking functions: writing scrip, buying and selling gold dust and providing a safe for customers to deposit money.  When Camp Floyd was closed in 1861, the Walkers moved their operation to Salt Lake City, establishing a department of the store specifically for banking.

Over the next 40 years, the Walkers’ business flourished.

“They built a group of lavish homes on the block between Fourth and Fifth South and Main, invested in horse breeding, created insurance companies, built the Walker House Hotel and the Walker Opera House (1881-1904), which became the important cultural center of the city.”

However, it was the banking business that was the heart of all of the Walker Brothers’ enterprises.  They secured a national charter for their operation in 1885, as the Union National Bank of Salt Lake City.  In 1893 they separated the bank from the store, and Matthew Walker incorporated the bank as Walker Brothers Bank.

The Walker Brothers Bank prospered; in 1905, they purchased the Salt Lake branch of the Wells Fargo Bank.  And in 1911, when the Walker Brothers Bank established a savings department and expanded their bank-by-mail service, they decided to construct a permanent and appropriate building across the street from the Walker Dry Goods Building on the corner of 200 South and Main Street.  The Smith Drug Company, which had previously been located on this lot, reopened on the main floor of the new building.  Frank Druehl, owner of Smith’s Drug Store, was a member of the Walker Bank Board of Directors.

“When completed in 1912, the 16-story Walker Building was said to be the tallest building between the Missouri River and the West Coast.  As such, it received the rare distinction of being featured in the February 1914 issue of American Architect magazine.  It was the crown jewel of the financial empire established by the four Walker Brothers – Samuel, Joseph, David and Matthew. This bank tower was designed by Eames and Young of St. Louis, associated with local architects McDonald & Cooper.  Its exterior composition follows that of a tri-part, classical column, a “base” of three articulated floors, then a “shaft” of ten identical stories, topped by a “capital” of three addition stories and a heavy classically detailed cornice.”

And, from the Nomination of the Walker Center to the National Register of Historic Places, submitted by CRSA in 2006:

“Construction on the building began in November of 1911 and was completed in 1912.  It is an excellent example of a three-part vertical block skyscraper.  The Walker Center Building is a 16-story steel frame skyscraper of the three-part vertical block type. Above the 16th story is a three-story tower inset from the main tower, containing the elevator shaft, and an observation platform that is 225 feet above sidewalk level, and the neon Walker Center sign.

“The building was designed with the most modern of amenities and innovations in building equipment a design.  These include outside light for each office room, ice water taps on each floor, and four gearless traction elevators.”

During its first two decades, the building accommodated the Walker Brothers Bank, the Smith’s Drug Store, a florist, a cigar store, a restaurant, and a barber shop on the ground and lower levels and offices in the tower.

The Walker Building was remodeled in 1931 to add a metal storefront over the exterior granite of the building’s entrance in the north bays of the Main Street facade, and in 1939 to add two stories to base of the building’s east section.  In 1947 the ninety-foot iconic radio/television tower was added onto the existing tower.  KDYL, the station, moved shortly thereafter, but the tower remained signaling the weather until city ordinances required its removal in 1983.

In 1956, the Walker Bank & Trust Company merged with the Transamerica Corporation, retaining the Walker name for the next 25 years. The same year, the building’s storefront was removed and the entire ground floor was remodeled.

Although significant interior remodeling has occurred to accommodate tenants throughout its history, there has been no noteworthy exterior remodeling since then except for the addition of an adjacent parking garage, completed in 1960.   The eight-story parking garage has lower-level retail space and penthouse offices.  Walker Building tenants and the general public use the garage.  The public can access the Walker Building access the parking garage on the seventh floor.  Lower floor tenants have direct access.

Signage on the Walker Building changed in 1981 to coincide with the new corporation name: First Interstate Bank.  In 1983, a new building was constructed across the street for First Interstate and the Bank was moved.   From 1983 – 2006, office and retail tenants occupied the buildings, but no substantial rehabilitation efforts were made.

As the Walker Building has been in constant use for tenants since 1912, occupants have required significant interior building changes to accommodate their businesses.  When Vectra bought the building in 2006, only traces of the original character of the interior of building remained.  These included a decorative plaster ceiling in the elevator lobby, a functional mail chute, door hardware and marble in select areas including the treads on the stairs, and the bank safe in the basement of the building.  The building had deteriorated to a Class C Office Building.

Vectra’s goal was to return the building into a respected Class A office space and restore the image of the building to be competitive in the Downtown Salt Lake City office market.  It was updated with new electrical and mechanical systems as well as a new connection between the building and the adjacent parking structure.   Several of the floors were remodeled to better suit new and existing tenants.

Portions of the building’s exterior were restored, the canopy that surrounded the entire building was removed, the granite facade was restored and a historically sensitive canopy above the main entrance was installed.  The historic weather beacon sign tower on top of the Walker Center was also renovated and replaced.

In 2019, Vectra’s long-time architectural partner relocated its offices to the third floor of the building.